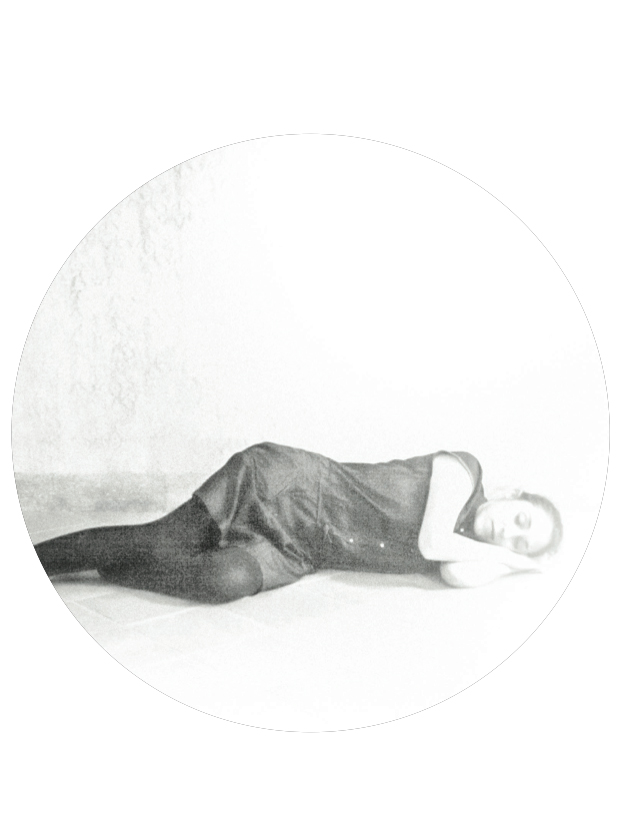 Lives and works in Milan. Graduated from the Accademia di Belle Arti di Brera, has done part of her studies at the fine arts University of Granada and for some months her research in New York. Her research focus on the theme of identity and its transformations. Using photography, video and performance

Project “and was thus” and “let it Happen”
The Chiara Paderi project fits in the reflection on the themes of identity and the flow of time.
While and in the present, always maintains an open dialogue with the past through research of traces, in relation with the historical roots and family. “The clock is ticking and I’m stopping in the Middle,” writes the artist.
The project “was so” develops from reflection on sedimentation memories and memory that selectivity, disappearing, leaving only an action, a gesture or an expression as the only reading code. The work is built on the work accomplished on some photographs choices within its album Chiara goes to manipulate making evanescent figures; no longer familiar, but gestures and faces isolated from context that they become almost unrecognizable. Real space removed the image leaving in her place just a blinding white. A white that is omitted or absence of information about living people. With the project “was so” Chiara plays with photos and with her own history. Is a work of cataloguing that allows, for a moment, to believe that you can manage, then stopping in one click stolen. The photographs set the images, but it is the succession to become the story, so much time has elapsed. Chiara, instead, chooses not to tell any story, because that would be the result of a hoax, a well hidden.